If a news organization makes money by displaying advertisements on its site, how can it continue to deliver those ad messages — and continue to generate the associated revenue — in a world where people find their news in bundles created by their friends and automated services?

This Mashable profile of Diner Connection is part of a series sponsored by Microsoft. Since the ad message and its links have been inserted in the post as the first paragraph, that message also is delivered in RSS feeds. This is how it appeared in my Google Reader. 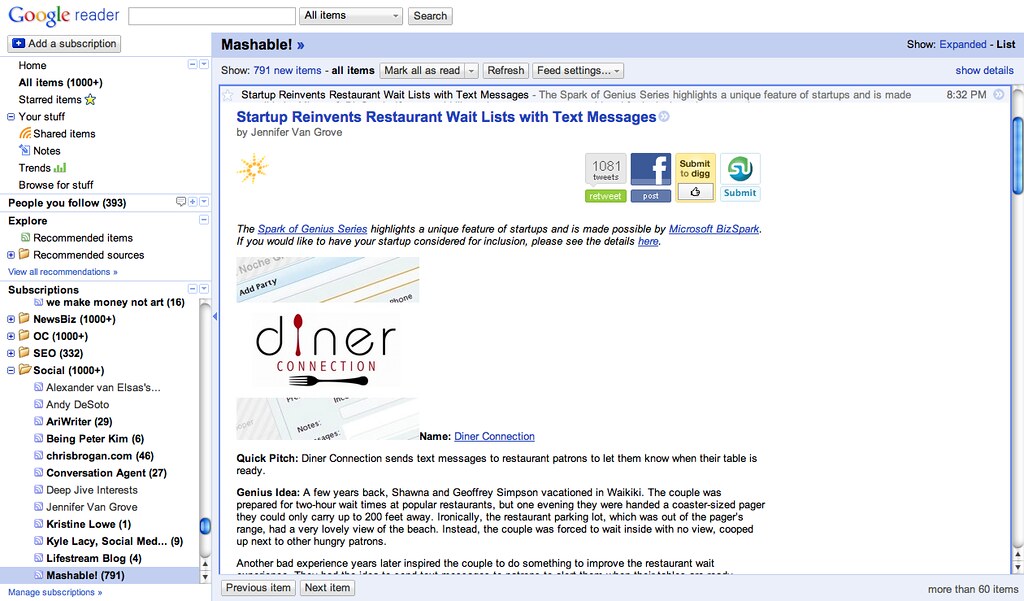 If someone clicked on a link from their friend’s tweet to this ReadWriteWeb data visualization post, they would be met with a ReadWriteHack “channel” heavily branded by sponsor Intel. Like the example above, first paragraph includes a note about the series, along with links to the sponsor’s site. 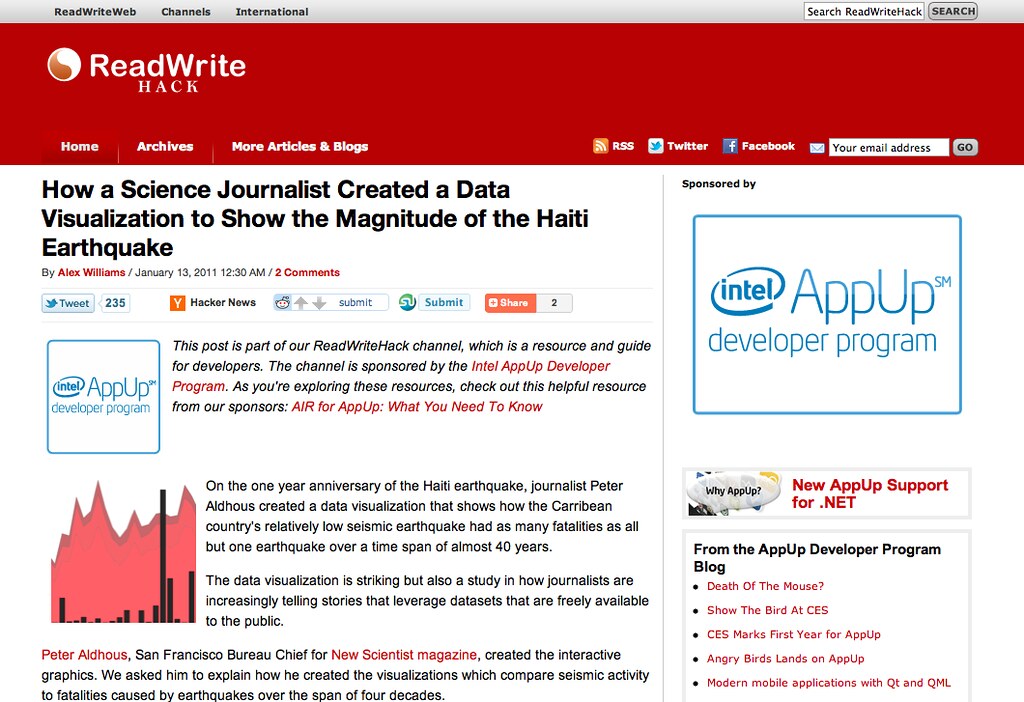 TechCrunch advertisers don’t only appear in designated ad spots on their site or within RSS feeds, they actually create blog posts like this one thanking their sponsors. The post includes two links to each advertiser, along with a short description of each company’s products or services. 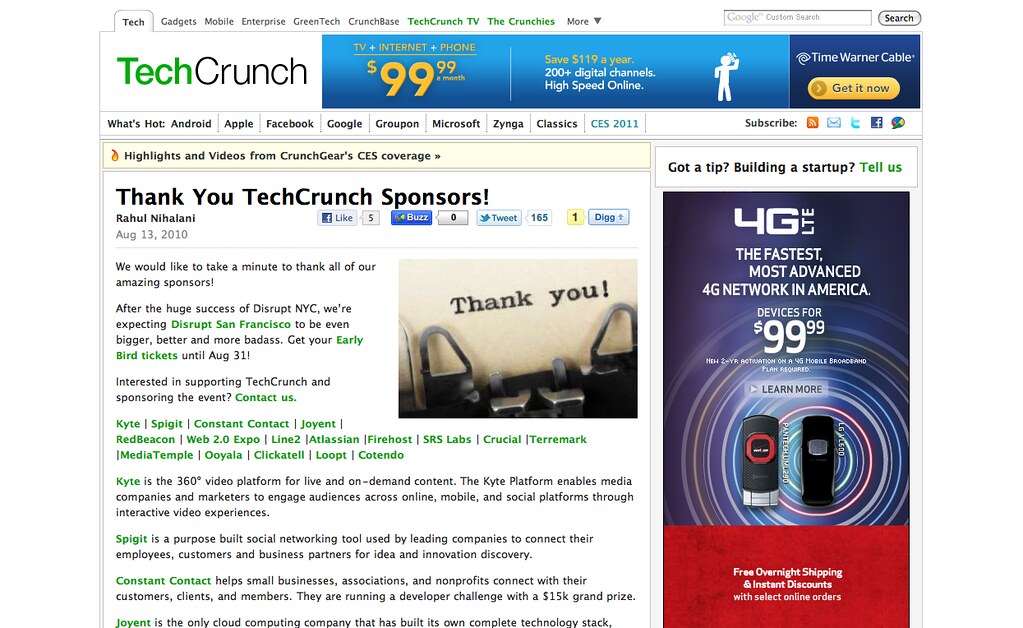 This one isn’t actually outside of the bundle, but shows how a publisher can integrate advertising directly into a site’s content bundle. The Mashable homepage simply displays excerpts of its posts in reverse chronological order. But injected into that stream are these posts from, and links to, their jobs site. 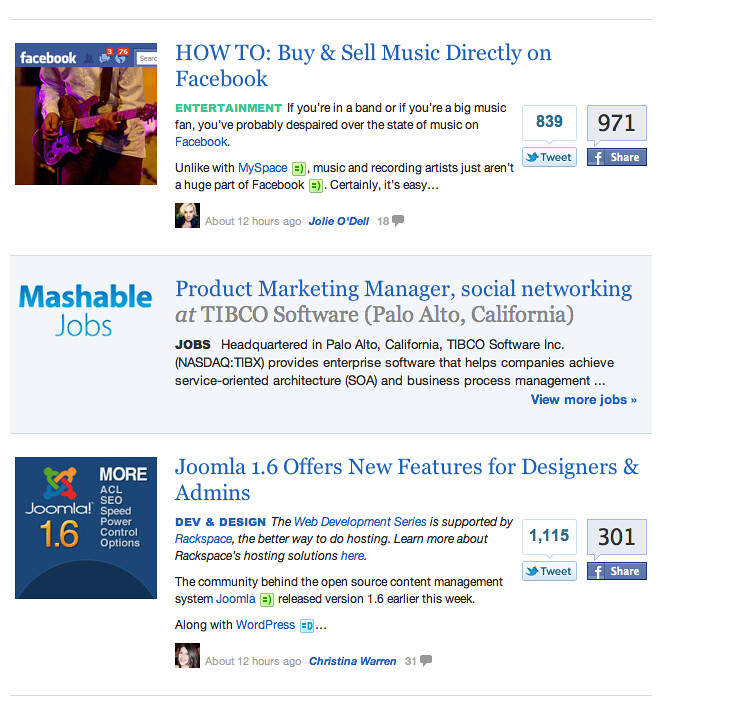 Sponsor message: Jsavers offers journalists their own WordPress blog for $5 a month.

No, this blog post is not really sponsored. But you sure did notice my fictional sponsor, didn’t you?

I’ve been kicking around the idea of simple, human-placed text ads that could appear at the top of any (textual) blog post or article. This kind of ad would travel wherever RSS readers were used.

The idea seems plausible, but I’m no expert in this field, so I have many questions that I hope you can help answer:

If you want to read more about ads in RSS feeds, Problogger has a good page of RSS advertising options and WATblog has a post all about RSS advertising.