Paper.li examines links that you share on Twitter, and links shared by people you follow, to produce what it calls a “daily newspaper.” The results are mixed but promising for a service that is in its “alpha” stage.

This service is very similar to Twitter Times, which I looked at last year.

You don’t have to be the owner of a Twitter account to create a newspaper, so I decided to make a paper for @tweetmeme, which tracks popular links on Twitter. Here is what Paper.li deduced from links shared by Tweetmeme and the 5,512 users it follows.

You might want to check out newspapers from these other Twitter trend trackers: Twitscoop Trends, Trending Topics and Twitturly.

Contrast trendy papers to a newspaper culled from the links shared by CUNY journalism professor Jeff Jarvis (@jeffjarvis) and the people he follows. 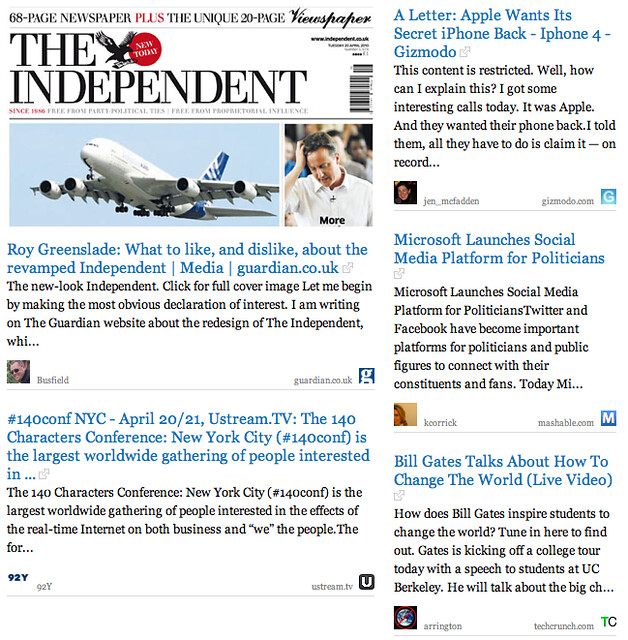 Here are some features I would love to see in the next version of Paper.li: